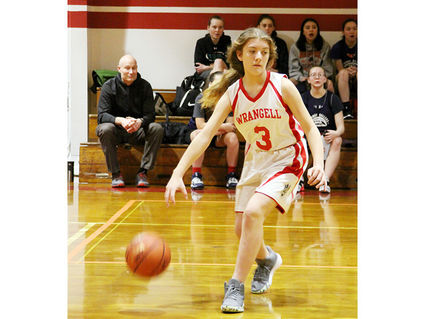 Wrangell hosted the Stikine Hoops Invitational last week, March 5 to 7. The tournament brought together AAU teams from several Southeast communities, including Sitka, Petersburg, and Juneau. "A" and "B" teams from each community competed through several days of games to get seeded in the final day's bracket. Wrangell's "A" team, the No. 3 seed, lost a game to Juneau, but came back to win their second game against Petersburg. They were finally kicked out of the bracket by Sitka. Wrangell's "B" team also received a No. 3 seed. They lost their first game to Sitka, and were kicked out of the br...