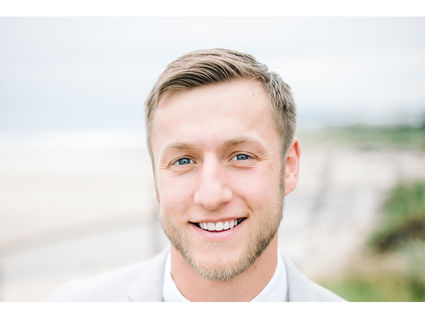 It is with deepest sorrow to say that on Jan. 2nd ,2020, Jordan Marsh Birchell, beloved son, husband, father and brother passed away suddenly...

-Anyone that knew Jordan, even just a little, lost a shinning light in their lives.

Jordan's life began on August 18th, 1990 as the middle child of Ed and Marsha. He grew up in Petersburg spending most of his childhood camping with cousins in the summer and snowmobiling in winter. Many of his childhood days were spent with friends fishing along Wrangell Narrows or Blind River Rapids when they could get a ride.

When not in pursuit for the big catch, Jordan could be found participating in the sport of the season. Whether swimming, baseball or basketball being part of a team taught him many life lessons. Jordan attended all his primary and high school years in Petersburg. When he was old enough (just barely) he got a fishing job for the summer and his lifelong love of being on the water began. Not only did he make his money fishing he learned about hard work and made the reputation of being a good hand. Most importantly he made many friends along the way.

After graduating Petersburg High Jordan went on to pursue his dreams at California Maritime Academy by playing college basketball for the CMA Golden Bears, where he was freshman of the year. He continued to fulfill his dreams by getting his accredited certificates to become an able-bodied seaman and eventually become a first mate on tugs. He was proud of these accomplishments and had worked on tugs in Alaska, Puget Sound, San Francisco Bay and the Delaware River.

But Jordan's proudest accomplishments were not found in his work life but in the life he shared with his family. In June of 2014 Jordan returned to Petersburg for his brother Jesse and Amanda's wedding. He brought Rachel with him, the first girl he ever introduced to his mom....right then we all knew he was serious. They were soul mates who were blessed with a beautiful baby girl, Serena Claire Birchell on Oct. 17th, 2015. Jordan and Rachel along with family and friends celebrated their love with a beautiful beach wedding on the coast of Oregon on June 17th, 2017. The blessings kept coming when on Aug. 29th, 2018 their baby boy Shawn Edward Birchell was born.

This past year Jordan and Rachel decided to make a move to ensure a better job position for Jordan. After a short stay in California, they made the choice to try the east, so they packed up the family and made the adventurous trip to Pennsylvania. He got a position as first mate and the family was beginning to settle in. Along with this life journey Jordan was on his spiritual journey with the Lord, who I know wrapped him in his arms and said to him "Welcome Home my Son!"

A celebration of Jordan's life will be held in Petersburg, Alaska on May 30, 2020. Location to be determined.

Jordan Marsh Birchell is loved and survived by his parents Ed and Marsha Birchell, his love and wife, Rachel Birchell, his sweet and precious children, Serena Claire and Shawn Edward, and the best brother and sister ever-Jesse and Jalyn, and all the many many people that Jordan called family and friends.