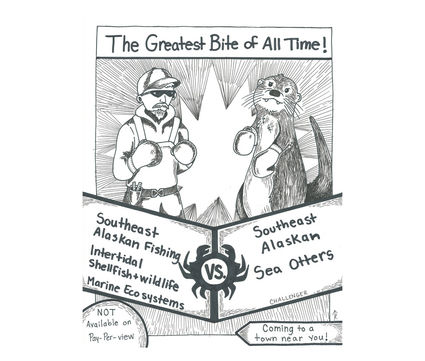 The Wrangell Sentinel has again been named among the best weekly newspapers in Alaska according to the Alaska Press Club, which announced winners of its annual contest for 2019 over the weekend.

Tawney Crowley placed second in the best illustration or graphic. Her entry was titled, "The greatest bite of all time."

Judges commented: "Nice work. I can see the illustrator had fun with this concept and it's refreshing to see hand drawn illustrations these days."