Golf tournaments start back up at Muskeg Meadows 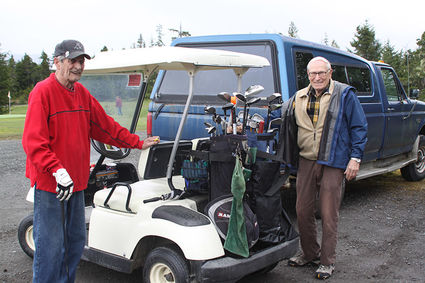 Over Memorial Day weekend, Muskeg Meadows started up their weekend golf tournaments for another season. This first tournament of the season was sponsored by Wrangell IGA.

There were 20 golfers on the first day of the tournament on Saturday. First place went to a team consisting of Kathleen Harding, Wayne Harding, Doug Nelson, and Drew Eyon. Second place went to a team consisting of Spenser Stavee, Aaron Powell, Jonathan Spitler, and Jim Brooks. Brooks had the straightest drive of the day at 38 inches. Eyon was closest to the pin at 27 feet, 3 inches.

There were 21 golfers on the second day...