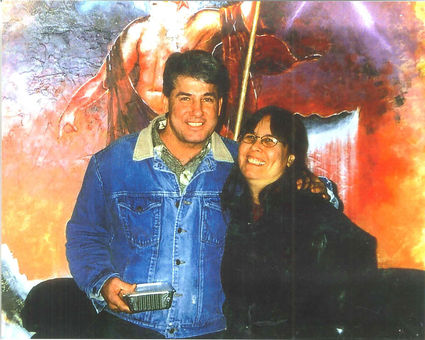 He was born to Dudley and Esther Ramsey in Albuquerque, New Mexico on November 15, 1959. He was raised in Palm Springs, California and Newport Beach. He loved being a Cub Scout and worked in the food service industry and trained as a teenager to be a foreign auto mechanic by four German immigrants.

His father was a chef at the Riveria which was a hotspot for the "Rat Pack," Peter Loftus, Frank Sinatra, Dean Martin, and Sammy Davis Jr. His mother worked as a waitress at the Los Consuelas, an authentic Mexican restaurant in downtown Palm Springs.

He was adopted into the Raven Dog Salmon Clan by John Martin in Juneau, Alaska. His Tlingit name is Kudee Tlaa, a name that means "Very Old Nest that is Deteriorating rapidly," but in Tlingit that is a good thing.

On the 4th of July, there will be a celebration of life BBQ potluck at the home of Sue Stevens.

There will be a Baha'i Memorial as soon as gatherings are allowed due to COVID-19 restrictions, and family can travel from out of state.