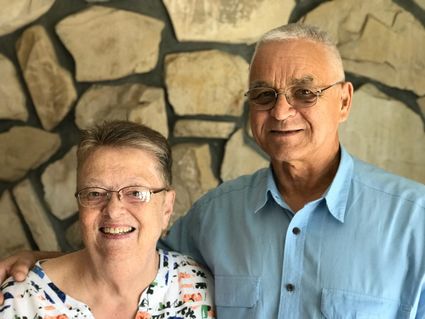 He was born on March 20, 1944 to Tatiana Sofia Ermeloff in Wrangell, Alaska.

He met and married the woman of his dreams, Kristin (Peterson), in 1969. Shortly thereafter, they moved to Modesto where George worked various heavy equipment jobs and as a volunteer firefighter before being hired on at Modesto Fire Department in 1973 where he proudly served for 27 years.

George was adept at keeping it light in the hardest of times and always found a way to smile. He was beloved and cherished by family and friends, and had that special intangible charisma that children and pets gravitate towards with great excitement. Family was the key to his happiness. He was at his happiest when going on Jeep drives, vacations, and cruises with his wife and best friend, Kristin. He also loved spending time with his two sons, and more recently, his two grandsons, whether it was fishing, camping, BBQing, or DIY tasks.

He is survived by his wife Kristin, sons Sean (Tanya) and Ryan (Jeeni), grandsons Sheamus and Bowen, and many other family members and friends.

The family will be holding a private celebration of life. They ask that in lieu of flowers, donations be made to the Salvation Army.