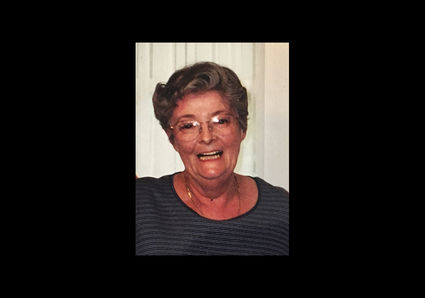 She was born October 13, 1933 to Ben and Martha Twiss in Riverside, California. Her mother was diagnosed with cancer during her pregnancy and bedridden until her passing when Joyce was 12 years old. She was a wild and hyper child, and with her mother confined to bed, she had an unconventional home life. She was raised with the help of her father's seven younger brothers and nuns from the Catholic school she attended. The nuns kept her busy and productive each day after school until her dad got off work. During this time she learned to sing and play violin. She discovered her artistic ability while painting the school's windows for the holidays.

One summer while traveling with her father for work to Oregon, Joyce met Raymond Dean Phillips. After a whirlwind romance, and a promise of moving back to California, the two ran away to Las Vegas to get married on August 26, 1949, Joyce only 15 years old at the time.

Despite Joyce wanting to move to California, Dean moved his family north to Sitka, Alaska. Soon after they moved to Wrangell, Dean found work on a road construction crew. Joyce hated Alaska, and at long last Joyce got her way. They packed up everything and moved to Los Angeles, California. Not even a year later they were on their way back to Wrangell where she lived for the next 63 years.

Her passion for learning and a love of books kept her well versed on a number of subjects and she was always ready to discuss and debate. She was never short of giving her opinion on anything.

She taught Sunday School classes at the Wrangell Institute, which resulted in her often bringing some of the children home, especially over the holidays. She volunteered for Hospice Care and was part of the Wrangell Art's Council. In 1960, she started The Wheel of Fortune 4th of July fundraiser for the Catholic Church. She also volunteered at the Wrangell Medical Center's Long Term Care, and started the Dirty Bingo games there. For many years she scouted rummage sales looking for fun and silly prizes to wrap for her seniors.

She taught herself to play the mandolin and the organ, and she worked at Igloo Potters painting pottery with good friends. She took many art classes and had a group of close friends she painted with regularly. A few of the ladies would adventure out on camping trips where they set up easels and painted their surroundings.

She was preceded in death by her husband Dean Phillips, sisters Vera Augello and Fran Anderson, and her granddaughter Talea Stough and grandson Gery Davies.