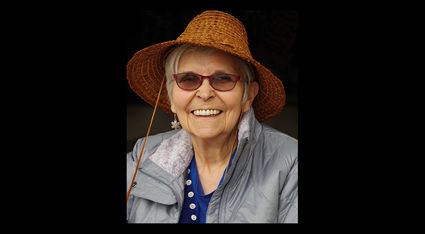 On September 4, 2020, Henrietta "Hankie" Hoyt, cherished mother, grandmother, great-grandmother, aunt and cousin left us as gently as she lived. She was surrounded at her passing by her children and grandchildren.

She was the last living child of James Bradley and Louise Bradley, née Ukas. He was the leader of the Naanyaa.aayí clan and she a leader of the Kiks.adi clan of the Tlingit tribe. Together they were pillars of the Wrangell community.

Because of their deep interest in the culture her grandchildren recognized her to be royalty, something she had never mentioned. When asked what that meant she replied, "My mother told me that it required better manners and ethics. I should not behave in a way that might embarrass our people." That early lesson was one she carried through her long life. No matter her personal concerns or circumstances, she projected a sense of serenity mixed with compassion.

She graduated Valedictorian from Wrangell High School and left for Good Samaritan Hospital in Portland, Oregon where she received her training to be a registered nurse. Her career ranged from running hospitals to heading geriatric care departments.

While in Portland, she met the love of her life, Ken. Upon her graduation the smitten Ken followed her back to Wrangell to ask her father's permission to propose. Soon James took Ken hunting and his would be son-in-law bagged a buck. That helped young Ken's case significantly. According to James, "a man who can't fill a freezer isn't much good around here."

They were married in St. Phillips Episcopal Church. The connection didn't stop there. Even though they lived in Oregon for much of their lives, Hankie returned to St. Philips for the baptism of each of her sons.

Hankie was an active part of St. Johns Episcopal Church in Milwaukie, Oregon for 50 years. She participated in many ministries including Altar Guild and counting the offering, as well as the cookies, casseroles and classes that draw that community together. Many of her strongest friendships were a natural extension of this church life.

Hankie was preceded in death by her beloved husband, Kenneth R. Hoyt, Sr., their youngest son, Patrick John Hoyt and her much loved sister and best friend, Marge Byrd.

In lieu of flowers please consider a donation to SMART (Start Making A Reader Today) where Hankie volunteered for many years. Donations in her name can be mailed to: SMART, 101 SW Market Street, Portland, OR 97201 or via: SMARTReading.org/donate