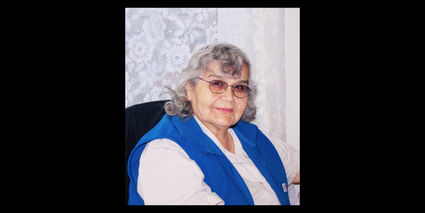 Minnie was born in Wrangell on November 20, 1933, to Emma (Shakes) Larsen and Svere Larsen. Following her matrilineal heritage, she represented the Kaach.ádi (Raven Frog Clan), hailed from Kaalch'al aan, and was the granddaughter of Chief George Shakes VI, Gushtlien II, and Minnie (Snook) Shakes. She was a lifelong member of the Tlingit and Haida Indian Tribes of Alaska, Sealaska Corporation, and Wrangell's American Legion Auxiliary, Legion Unit #6.

Minnie graduated with the class of 1952 from Sheldon Jackson School in Sitka, Alaska, and studied during the year of 1953 at Whitworth Christian University in Spokane, Washington. She married the love of her life, Edward Earl Kalkins II, on January 28, 1955, and they raised nine children in Wrangell. Minnie was a homemaker, worked housekeeping for the Stikine Inn, and worked as the Wrangell American Legion Auxiliary Bingo Manager. She also was a past member of the Alaska Native Sisterhood and a member of the Wrangell Cooperative Association.

She had a contagious laugh, sharp wit, and legendary Scrabble skills. She was an expert harvester of berries and Alaskan fisherwoman. She enjoyed swimming off the island of Wrangell, riding the Alaska Marine Highway, sight-seeing on car rides, going on long walks, playing Bingo, and spending time with all of her family.