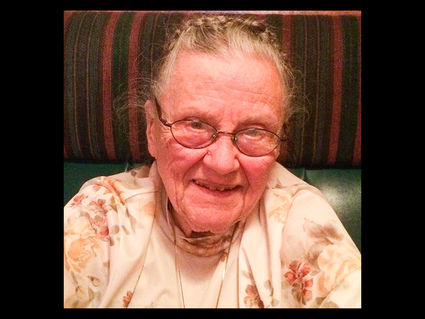 She was born on June 15, 1919, in Minneapolis Minnesota, to Phyllis and Raymond Gray, and had two older sisters – Mary (Bamby) and Ann. She graduated from the University of Minnesota in 1941, and taught school until 1945, when she married Hugh F. Hall, an Episcopal priest.

In 1948, the couple moved to Wrangell, Alaska. They continued to reside in Alaska, living first in Wrangell (1948-1958), followed by Seward (1958-1962), then Ketchikan (1962-1969), and finally in Kodiak (1969 to present). She was actively involved in all of the communities in which she lived. Some of her activities included participation on school boards, teaching, hospital auxiliaries, AAUW, membership on the University of Alaska Board of Regents, the Kodiak Senior Center, Baptist Mission Board, KARC, community theater and more. Most significantly her life revolved around the parish communities wherever she lived. She taught Sunday School, sang in the choir, played the organ, served on the altar guild and the vestry. She was loved and revered by the members of the congregations and the greater communities. Margaret was a significant and active supporter of the Episcopal Diocese of Alaska.

Margaret was preceded in death by her husband Hugh and daughter Margaret "Maggi" Arriola.

A funeral and burial took place on November 10, 2020, at St. James the Fisherman Episcopal Church in Kodiak.