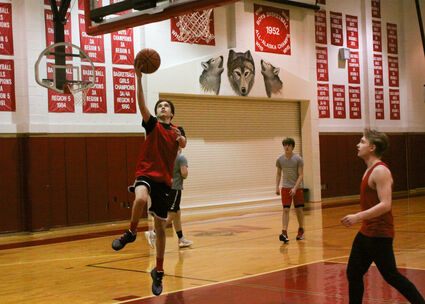 The Wrangell Wolves high school boys basketball team is tentatively scheduled to open the season in Metlakatla on Jan. 30, followed by their home opener against Craig on Feb. 6, according to the latest schedule provided by Activities Director Trisa Rooney.

The schedule is still tentative, Rooney said in a Jan. 8 email, particularly the games against Metlakatla and later Haines. The district will announce when it has the final schedule.

After two bye weeks for rest and practice, Wrangell will travel to Petersburg for games Feb. 27, followed by a home game against Haines on March 6.