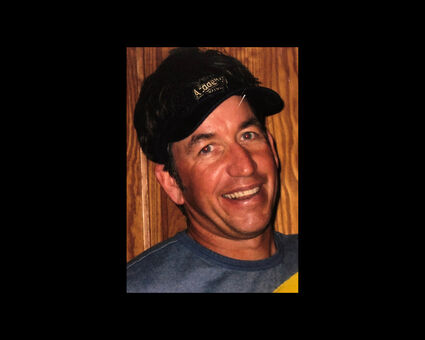 Jeff was a bold, charismatic individual who had the uncanny ability to see the good in a person no matter how bad they seemed to others. Jeff always had a positive attitude and instilled that in others in any situation. The more difficult the situation, the more his optimism shined through. Jeff was a natural leader and had an extraordinary talent for getting people to follow him without question. He always had a smile on his face and people wanted to be around him - they sought him out.

After graduating high school, Jeff joined the U.S. Marine Corps. During his time as a Devil Dog, he served in the infantry as a member of 3rd Light Armored Vehicle Battalion, also known as the "Wolf Pack." He was stationed at Camp Pendleton, California, and Okinawa, Japan.

As a teenager, Jeff found the opportunity to begin his dream of being a rodeo cowboy. He started out riding bulls and later bronc horses. After his service with the Marines, he continued to chase his gold-buckle rodeo dreams. He earned his Professional Rodeo Cowboy Association card to start his professional rodeo career. He was rookie of the year and accepted a rodeo scholarship at the University of Nevada Las Vegas and qualified for the College National Finals, finishing in the Top 15. Jeff enjoyed great success in professional rodeo and went on to win several circuit finals. During this time, he met the love of his life - Shannon Donston.

Jeff began working in construction and he and Shannon later moved to rural Southern California, where he continued to work and compete in rodeo. He started operating heavy equipment. While in California, Jeff mentored several high school rodeo cowboys and cowgirls. He had a sense of community, and when there was a wildfire burning out of control near his neighbors' homes, Jeff commandeered a grader from work and used it to help the firefighting effort. He was able to quickly build a fire break that saved many structures and homes.

Jeff eventually ended up working on the Wrangell runway expansion project. When that projected ended, he landed his first job on the North Slope. He thought this was the ultimate construction job. Most recently, he was promoted to superintendent of ice road projects. The owner of the company where Jeff worked said, "I have never had a superintendent that could lead like Jeff could. He had a way of getting the most out of his crews without them even knowing it. Jeff instinctively knew the strengths and weaknesses of each and every one of the 200 men and women that worked for him."

- Becky and Gordon Rooney and family