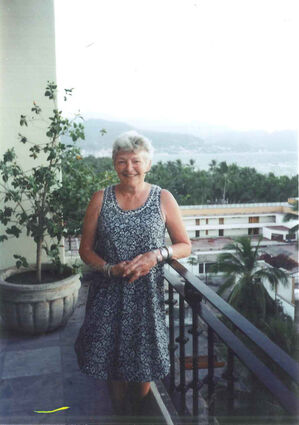 Janice Churchill, 77, passed away Jan. 27, 2021, from complications of a stroke. She had lived in Wrangell since her family moved from Tacoma, Washington, when she was 3 years old.

Churchill graduated from Wrangell High School and was active in the community. She worked and volunteered at Benjamin's grocery store, the canneries, Head Start and Johnson O'Malley education programs, the Alaska Native Sisterhood and at St. Philip's Episcopal Church.

"She really liked fishing and hunting. She liked going to Mexico," her family said. "And she enjoyed her church family friends."

Churchill enjoyed her "pet squirrels," which she fed peanuts from her house on the waterfront, where she also watched for her favorite whale, her family said.

She was preceded in death by her husband, Emil Churchill, who passed away January 2014. They were married in 1963, and had three children: Daniel, of Wrangell, Deanne, of Wrangell, and Dawn, of Ketchikan. Emil Churchill's last troller was named Dan Dee Dawn.

In addition to her children, Janice Churchill is survived by nine grandchildren and several great-grandchildren.

There was a family gathering earlier in February. In lieu of flowers, the family asks for donations to be made to St. Philip's Episcopal Church for steeple repair/replacement, in memory of Janice Churchill.