OBITUARY: Gordon Rooney remembered for his greeting 'because, beautiful' 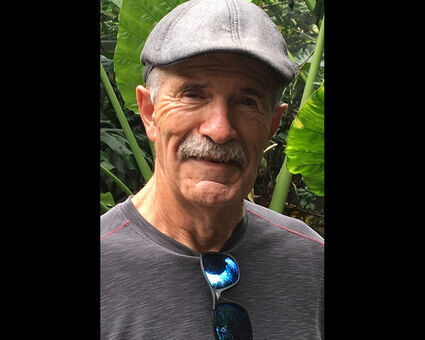 Gordon and his family moved to Wrangell when he was a young boy. Growing up, he was raised in the Episcopal Church where he sang in the choir and was an altar boy. His hobbies included bows and arrows, and just like most boys, anything outdoors, so it is no surprise he was also a Boy Scout.

A favorite pastime was hunting and fishing with his brothers and cousins.

He was always active in the community; worked at City Market after school and during the summers; played the trumpet in the high school pep band and sang in the choir. He also had an appreciation for photography and could be found taking and printing photos in the darkroom he set up in the bedroom he shared with his brothers.

Gordon graduated from Wrangell High School in 1967. He served in the Navy from 1968 to 1974, including tours to Japan, Guam and Vietnam.

After the Navy, Gordon returned to Wrangell.

He worked at the sawmill until 1980, when he moved to Oregon, where he attended the Oregon Institute of Technology and graduated with an engineering degree.

While in college, he met and fell in love with Becky.

The day before he graduated (1984), they tied the knot. They moved to Silicon Valley, California. where they lived until 2000. In 1999, he suffered a major stroke and "retired" from being a computer engineer. Moving back to Wrangell in 2000, he helped run Rooney's Roost Bed & Breakfast until Becky and he finally retired in 2020.

Gordon enjoyed "tinkering" and building things. As a boy, he made a sailing skiff with a bedsheet sail and sailed around Wrangell Harbor.

He camped out at Thoms Lake when he first returned from the Navy, where he carved a canoe out of cedar and later canoed around Wrangell Island (in a different canoe).

Even after his stroke, he continued to build and paint radio-controlled boats and trains. He constructed large towns, villages and mountains for his model trains - all with the use of only one hand.

His perseverance and ability to overcome life's obstacles (large or small) was one of his greatest strengths. The way he never saw limitations and continued to do what made him happy was an inspiration to his friends and family.

He loved his family, his dog, his community and everything outdoors. He could always be found with a smile on his face, his dog by his side and warm, friendly wave. Rain or shine, when he was asked how he was, his response was always, "Because, beautiful!"

Gordon is preceded in death by his father, Gordon Rooney Sr .; his mother, Gertrude Rooney; and stepson Jeffry McAuliffe.

A celebration of Gordon's life will be held at 3 p.m. Saturday, March 13, at Harbor Light Assembly of God, followed by a reception in the Fellowship Hall.