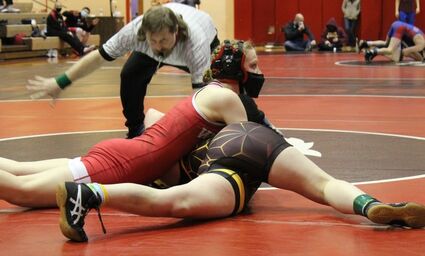 After two days of wrestling, the Wolves scored a total of 87.5 points. Ketchikan High School took first place at 128.5 points.

Since the early 2000s, the Wrangell tournament has been named for Tom Sims, a Wrangell wrestling star and later a coach in the 1980s and 1990s, and as well as a well-respected high school wrestling official in Southeast.