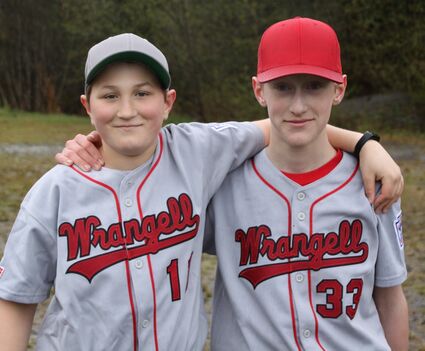 Despite rainy weather, Wrangell's Little League season opened Saturday morning. Players on the league's sole junior league team for 13 to 14 year olds, and two major league teams for 10 to 12 year olds, were introduced in the opening ceremony at Volunteer Park.

Afterward, the major league teams, the Cubs and the Wolverines, held their first game.

"It's my favorite sport," said Kai Wigg, of the Cubs.

"I'm excited, it's going to be fun," said Brody Hommel, of the Wolverines. "This is my first year in major league."

While the junior league team did not play following the ope...