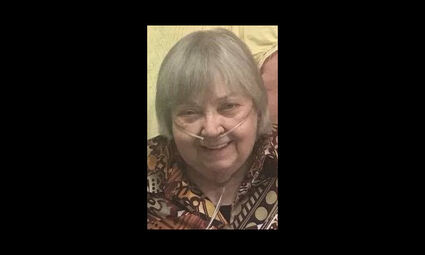 Joanne J. Roberts, a 27-year Wrangell resident, died May 13 at the SouthEast Regional Health Consortium's Mt. Edgecumbe Medical Center. She was 74, and died of pulmonary disease, her family said.

"Wrangell was her style," her family said. Roberts moved to Alaska with the U.S. Army in 1976 and later, when she grew tired of big cities, left Fairbanks and moved to Wrangell, where she tended bar, worked aboard commercial fishing boats and hunted. "She lived a colorful life."

"She was married five times, and outlived every single husband but one," her family said.

Roberts was born Aug. 9, 1946, in New Hampton, Iowa, to Russell and Adela Springmier. She served 10 years in the Army and was a member of the Elks and American Legion Auxiliary.

She is survived by sons James Pietan, of Juneau, and Michael Pietan, of Iowa, and daughter Julie Wetzell, of Oregon.

A memorial will be held June 12 in Wrangell, with details to follow. Burial will be in Iowa.