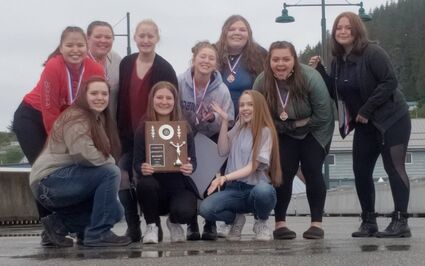 The Wrangell High School cheer squad placed second in Division 2A in this year's virtual Southeast regional competition, and now they have the plaque and medals to prove it.

The squad sent in videos of their four routines to the judges back in March, and the awards just arrived last week, said coach Stephanie Cartwright.

In addition to the team award, Wrangell squad members Aaliyah Messmer and Brodie Gardner were named to the 15-member all-conference squad, Cartwright said.

Schools were required to submit four videos in the competition: A sideline cheer, a timeout, a structured cheer and a...