Steve Urata excelled in school and in life 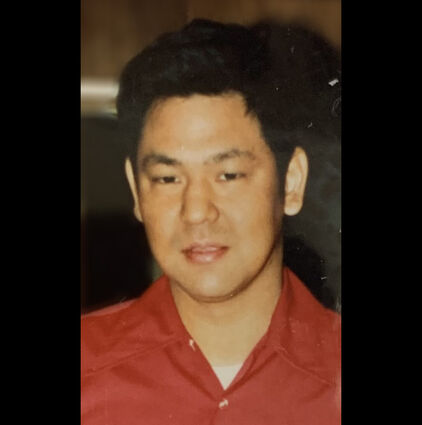 Steve was born on Oct. 8, 1951, in Wrangell. He was the second son born to Jack Ichiro and Ann Haruco Urata. He is survived by his older brother Jack and younger sister Angela.

He attended grades K-12 in Wrangell and excelled academically, graduating in 1969 as valedictorian. Steve was a young leader and attended the Alaska Boys State Program. A talented trumpet player, he toured nationwide with the National High School Honor Band. He attended the University of Puget Sound and graduated from the University of Washington with a degree in accounting.

From a very young age, Steve had a strong work ethic. He took over his brother's paper route, delivering the Wrangell Sentinel, published by Lew Williams, to more than 55 subscribers. He walked a route that ranged from Jim Nolan's house to Snob Hill over to Mary Churchill's home and down to Angerman's corner. When he outgrew the route, it went to his sister, Angela.

From eighth grade through high school, both Steve and Jack worked at Benjamin's Supermarket on Front Street.

When Steve returned to Wrangell from Seattle, he worked for Ben Bode, preparing tax returns and kept the books for Kaden Construction, Wrangell Seafoods and Alaska Pulp Co.

He worked with Ned and Harley Johnson for 22 years. Johnson Construction and Supply became like a second home for Steve. He enjoyed the camaraderie and there were special treats to dispense to the Johnson kids underfoot. Steve loved dark chocolate and made bulging packets of candy for trick-or-treaters on Halloween.

If Steve wasn't an accountant, he could have been a world-class chef. He had a treasure chest of spices and would cook up a meal that would delight the taste buds and fill the belly.

He was skilled at cribbage and liked to win. An avid reader, he loaded his Kindle with science-fiction novels.

He loved watching college basketball and football, especially the purple and gold of the Washington Huskies. Steve spent countless hours fishing at the secret hot spots with his dad and brother. However, he was allergic to all seafood, so there was more for his family and more to give away to friends and neighbors.

"Kind, creative and generous, Steve cared about the world and everyone mattered. May his memory be a blessing," his family wrote.

A memorial service will be held at 11 a.m. June 18 at St. Philip's Episcopal Church, with a reception to follow at the Nolan Center.