Cross-country team gets ready for season 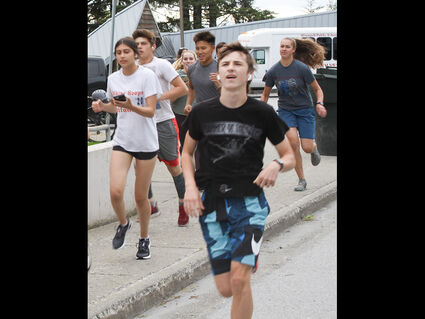 Devlyn Campbell and his teammates on the high school cross-country team ran through a practice session Monday starting at the high school, running three laps around the nature trail and then back to the school.

Most of last year's runners are back for the high school cross-country team, with some freshmen joining the squad too, the coach said. Practice is underway and the first meet will be sometime in September.

"It's really nice to have some younger kids join the team. I've got most of my kiddos back, so that's great," said coach Mykayla Rooney, in her second year.

This year's team consists of 15 runners, but a few need to take their physicals before they can start running, Rooney said.