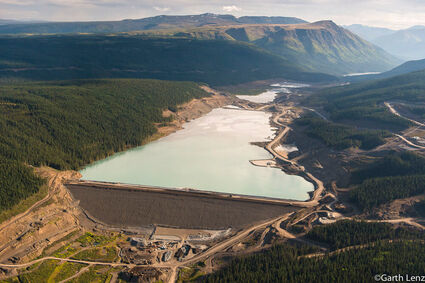 Water quality advocates worry that an accident at the tailings dam at the Red Chris Mine east of the Stikine River in British Columbia could threaten the watershed, jeopardizing critical salmon habitat. This photo is from 2017.

Southeast Alaskans and officials in British Columbia say they're getting closer to meeting on transboundary mining issues. Until that happens, advocates on the Alaska side of the border want to see a pause in new projects upstream in Canada.

"I've always been an optimistic person," said Frederick Olsen Jr., executive director of the Southeast Alaska Indigenous Transboundary Commission. "In this issue you really have to be. We have some good allies that we've met across the border."

There are three rivers at the forefront of concerns for the transboundary group. The Stikine, Taku and Unuk fl...