Bakeberg selected as Mariners 'Ultimate Fan' for all Alaska 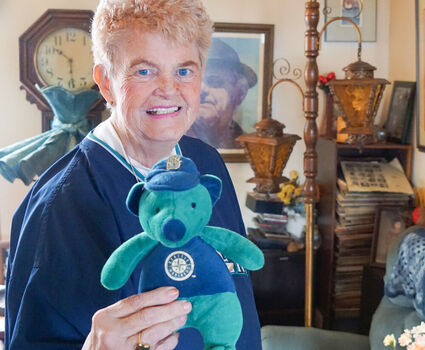 Judy Bakeberg was recently chosen as the Mariners Ultimate Fan from Alaska.

Judy Bakeberg loves baseball. Specifically, she loves the Seattle Mariners. She's been following the team since its inception in 1977, and she's been a fan of baseball since she was a child.

Now the Wrangellite has been chosen as the Mariners' 2021 Ultimate Fan for Alaska, a title that comes with lots of perks and bragging rights.

On Oct. 1, Bakeberg and her daughter, Leslie Cummings, will be flown to Seattle and treated to a two-night stay and fan celebration in a box suite at T-Mobile Park. Bakeberg will also receive a personalized jersey and trophy. Cummings entered her mother a few mon...