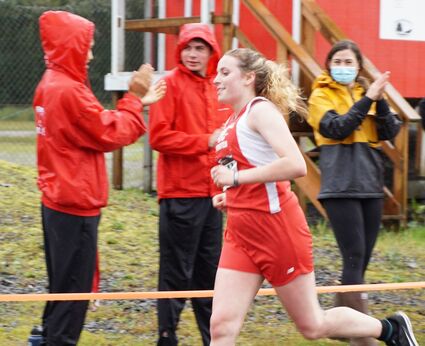 Despite intermittent downpours, the Wrangell High School boys' and girls' cross country teams took on several other runners in the first in-person meet of the season last Saturday.

Forty-six girls and 69 boys from around Southeast competed in the soggy conditions, with Wrangell boys placing third as a team against 11 others, and the girls' team placing fifth out of nine in the 5-kilometer event.

"The boys stuck together like we have been in practice, and they listened to me as I told them to catch people," cross country coach Kayla Rooney said about the boys' overall performance. "They did...