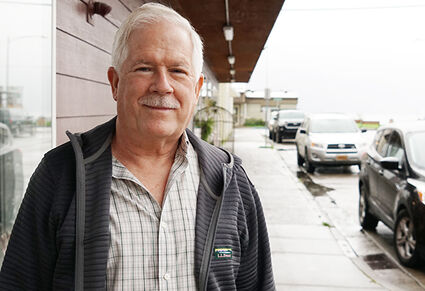 Bob Dalrymple currently serves on the borough assembly, the second time he has been appointed to temporarily fill a vacant seat. He is running for a three-year term in Tuesday's municipal election.

Dalrymple and Jim DeBord are running for the two open three-year terms. Both will win unless a write-in candidate declares by Monday and gathers more votes than either of the two names on the ballot.

"My entire adult life I've been in public service," Dalrymple said. He serves on the borough's economic development committee and worked 40 years in the U.S. Forest Service, mostly in Southeast Alask...