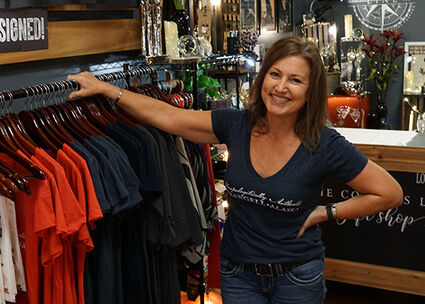 It was a family effort for Tracy Churchill when she opened Compass Line Gifts in 2017, enlisting the help of her two children, Kaylauna Churchill-Warren and Talon. They continue to provide input on what the shop should carry. "They're younger than me and cooler than me," Churchill said.

That's the tagline the graphic designer uses to celebrate the uniqueness of Wrangell, the community that inspired her Compass Line brand and led to the opening of a gift shop by the same name.

"We wanted to initially do some designs to sell in the other shops, and then decided at that time we might as well try to just carry some things nobody else has in town," Churchill said. The space at 321 Front St. became available in 2017, and the decision was made to open Compass Line Gift Shop.