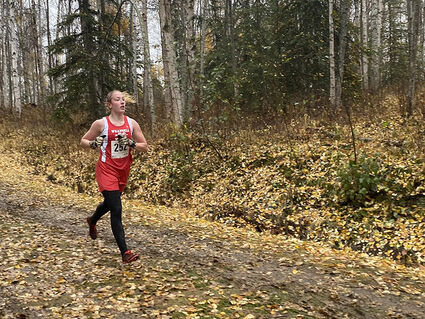 Senior Liana Carney and freshman Daniel Harrison were the only two Wrangell cross country runners to qualify for the state championships in Anchorage last weekend. Both finished strong.

"They both did amazing, and it was such a great finish to an amazing season," said head coach Kayla Rooney.