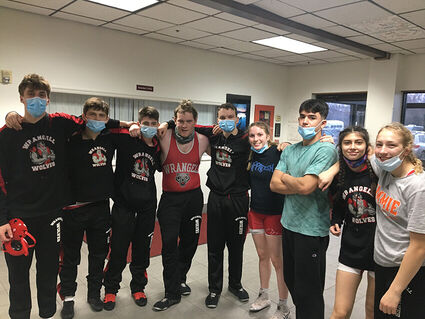 In the boys competition, Randy Churchill placed fifth by besting Graelin Chaney, of Dillingham, pinning him in 31 seconds.