Mark Seimears dies at 65; arrived by riverboat in 1960 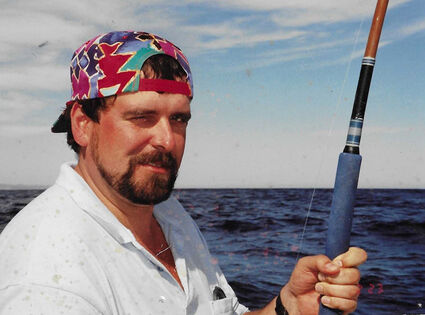 After a courageous four-year battle with cancer, Mark Dwayne Seimears passed away on Nov. 26, 2021, in Wrangell, at age 65.

Mark was born on Feb. 20, 1956, in Everett, Washington, to Margaret and Robert (Bob) Seimears. He grew up the youngest of three children including Gail Ottesen and Robert Seimears.

In 1960, the family headed north to Alaska along the Alaska and Cassiar highways to Telegraph Creek, British Columbia. From there, they boarded his grandfather's riverboat, the Judith Ann, to their new home in Wrangell.

Mark was active in sports from his early years throughout high school. He graduated from Wrangell High School in the class of 1974. Later, he met and married Fern Seimears, though the couple later divorced, they shared two children together, Trevis and Carly.

Mark completed heavy-equipment school in Portland, and returned home to apply his training as a manager at Union 76 Wrangell Oil for many years.

"To those who knew him best, Mark is remembered as a great storyteller who could make you laugh until you cried, could fix just about anything with the most inconspicuous objects, took pride in handcrafting intricate models of fishing vessels and cars, including a replica of the historic Judith Ann riverboat, a coach to his children and a faithful cheering fan, enjoyed cooking for family and visitors. Many remember their trips to Wrangell by his signature crab melts," his family wrote.

"He loved spending time with his family and adored his grandchildren. He loved the town of Wrangell, history, the outdoors, fishing, hunting, and enjoying a cigar on his front porch while taking in the views of the neighborhood and Woronkofski Island. He will be dearly missed."

Mark was preceded in death by his brother, Robert Seimears Jr.

Mark is survived by his son, Trevis (Celeste) Seimears; daughter Carly (Adam) Danner; grandchildren Kael, Braelyn and Asher; his sister Gail Ottesen; and many nieces, nephews and other relatives.

At Mark's request, there will be a small service for immediate family at a later date.