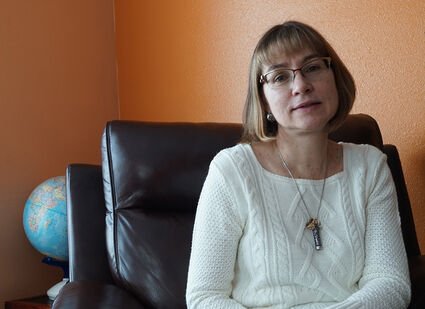 It took nearly two decades, but Larissa Siekawitch is now an American citizen.

On Jan. 4, Siekawitch took a test in Anchorage that lasted an hour and included an interview, reading, writing and answering 100 questions. The process ended with an oath and a certificate.

"But now I'm a U.S. citizen," she said. "I was so relieved. It's very sad that my husband did not see this. He applied three times for my documents. It was lost, it was something else, it was delayed."

In 2000, Siekawitch was a veterinarian living in Yekateringburg, in the Ural Mountains in Russia. She had been researching the...