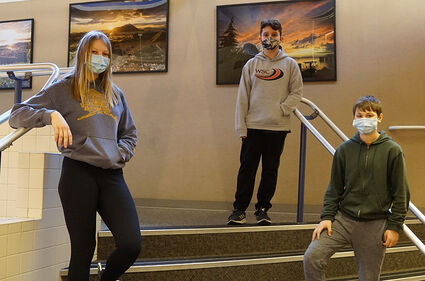 From left, senior Jamie Early, eighth grader Ben Houser and seventh grader Andrei Bardin-Siekawitch won second, first and third place, respectively, in the high school and middle school values-themed photo contest. Their winning photos will be printed on canvas and displayed in the hallways of the two schools.

Three photos won top honors for depicting values like friendship and goals in a themed photography contest held by the Wrangell middle and high schools.

Little interest was shown in the contest when it was first announced last fall, said assistant principal Bob Davis, with only four photos entered. After extending the deadline, 50 photos were entered by 20 students.