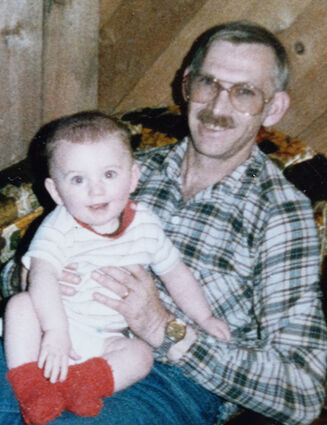 Dave Jack, 78, died Feb. 23 at home in Wrangell. Services will be held at noon Saturday, March 5, at The Church of Jesus Christ of Latter-day Saints, followed by a graveside vigil at 1 p.m. at Sunset Gardens Cemetery.

He was born Oct. 10, 1943, to Jesse David Jack and Mae Dell Wagoner in Manassa, Colorado. "In his younger years he followed the usual boyhood pursuits of hunting and fishing, and anything outdoor related." His family wrote.

After turning 18 in 1961, he enlisted in the Army and spent the first year in Europe. While in the Army he volunteered for service in Vietnam, receiving two Purple Hearts.

After finishing out his service with the Army, Dave returned to Oklahoma, where he met and soon married Linda Sue Osburn. It was at this time that he entered into a partnership with his brother-in-law Sam Looney in a service station.

"It wasn't long before the call of Alaska took over, and he packed up his family and moved back to Wrangell," the family wrote.

He went to work at the 6-Mile sawmill, working there until 1977 when, due to the ever-present threat of shutdown, he went to work as the animal control officer for the police department. While employed there, he schooled himself and rose through the ranks to eventually become lieutenant. He spent the last three years of his city employment as harbormaster, "where he helped to lay the foundation for construction of Heritage Harbor."

Upon retirement, he found other things to occupy his time such as his never-ending home projects, more schooling in his thirst for knowledge, and even a few years driving a log truck.

"Eventually, he returned to the life of civil service he loved," his family wrote, serving as an assembly member for several years and then mayor in 2013.

"David was an honest and straightforward person, an exemplary family man, and an even better example of how one person can make a difference in the lives of those around him," his family wrote. "He will be greatly missed."