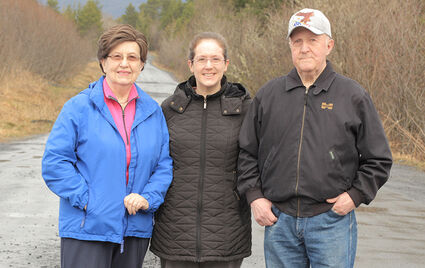 Ivan and Gina Simonek walk with their daughter Lucy at the Volunteer Park trail almost every day. The couple left Czechoslovakia in the wake of the Russian invasion in 1968. Russia's invasion of Ukraine is bringing back memories that are all too familiar, Ivan Simonek said.

A Wrangell couple that escaped Prague during the 1968 Soviet Union-led invasion of Czechoslovakia is finding parallels to the Russian invasion of Ukraine - and it is bringing back old memories of escaping Prague shortly after they were married.

Ivan Simonek, 78, and Gina Simonek, 77, arrived in Wrangell in November 1968 with swimsuits packed - not because they were planning to take a dip in the Zimovia Strait, but because the couple, 25 and 23 at the time, had a honeymoon planned in Yugoslavia. Visas and passports obtained, they were eager after living in their landlocked country to catch...