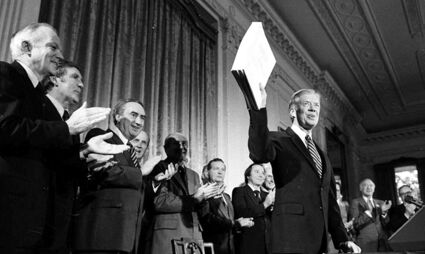 ANCHORAGE (AP) - Former President Jimmy Carter has taken the unusual step of weighing in on a federal court case involving his landmark 1980 lands conservation act and a remote refuge in Alaska, arguing against a road through the area.

Carter filed a brief on May 9 in the longstanding legal dispute over efforts to build a road through the refuge at the western end of the Alaska Peninsula, worried that a recent ruling in favor of a proposed land exchange for the road across the Izembek National Wildlife Refuge goes beyond this one case and could allow millions of acres to be opened for "adve...