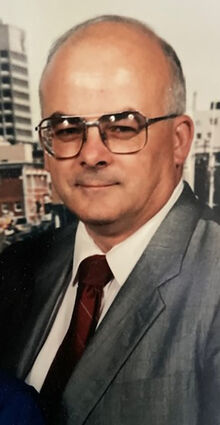 Terry Whittlesey, 81, "a man of great faith, was called home to be with his Lord and Savior" on June 6 in Spanaway, Washington. He had served as pastor at Harbor Light Church in Wrangell from 1979 to 1990.

"He was a beloved husband, father, grandfather and friend. He had an unconditional love for his family, and leaves behind a lasting legacy with many cherished memories," his family wrote.

He served more than 50 years as a minister and teacher, bringing him great fulfillment. Terry and his family spent many years as missionaries in Alaska from Unalaska/Dutch Harbor in the Aleutian Islands to Wrangell. He later went to Anchorage, where he was president of Far North Bible College and served as a church pastor.

Later in life, he and his wife returned to Spanaway to care for their parents.

He believed in actively participating in his community and stepping in when there was a need. At points during his missionary work, he also served as a fire chief, U.S. Customs agent, school bus driver and school teacher.

"Terry loved people and was a devoted and faithful Shepherd. He loved his years of ministry, teaching and sharing his love of Christ with those around him," his family wrote. "Fellowship around the table with family and friends was one of his favorite pastimes. He was kind and compassionate with a fun sense of humor. His papa years brought him much joy and he loved being surrounded by his grandchildren."

Terry will be missed by his wife Dianne, four daughters and son-in-laws Sarah and Brian Merritt, Rebecca and Dan Brossart, Angela and Paul Michael, Amy and Mike Martin; his grandchildren and their spouses Daniel Brossart, Tiffany and Rick Zhang, Matthew and Kellie Brossart, Kayla Martin and Aaron Wiggins, Kristyn and Taylor Turney, Joey Michael, Jacob Michael, John Michael, Jacquelyn Michael, Dylan Martin and Olivia Martin; his great-grandchildren Levi Turney, Piper Wiggins, Taryn Turney, Bella Zhang and baby Turney due this November; his siblings and their spouses Dee and Lloyd Johnson, Tom and Shirley Whittlesey, Ruby and Ray McGlothin, and Geraldine and Howard Trimble; as well as his many nieces, nephews and friends.

"Terry's faithfulness to the Lord, contributions to his church and communities, and dedication to his family is how he will be remembered," his family wrote. "His life was a life well lived. He truly was a good and faithful servant of God."