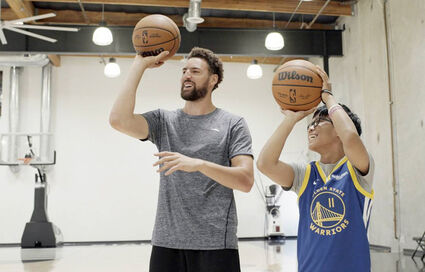 Joseph Tagaban is excited to suit up for the Petersburg High School basketball team this winter as a sophomore. A year ago, that was anything but a certainty.

In December 2020, Tagaban was diagnosed with acute myeloid leukemia, a potentially aggressive form of cancer.

The 15-year-old spent the better part of a year in Seattle receiving treatments, and his cancer is in remission. Now, after a recent meeting with an NBA superstar, Tagaban is ready to take on opponents on the court.