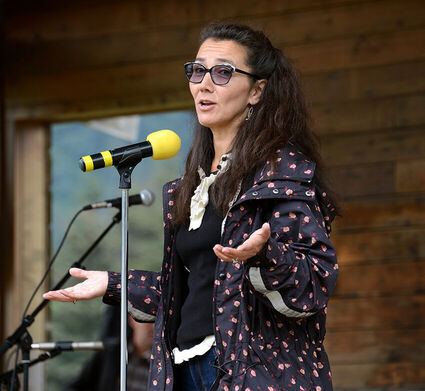 Mary Peltola, Democratic candidate for U.S. House, speaks at an event in Juneau on Aug. 13. The Bethel resident was leading in the race to replace the late Rep. Don Young after initial vote counting from the Aug. 16 primary.

As of Aug. 17, with 395 of 402 precincts reporting, Peltola had earned 58,689 (38%) first-choice votes in a race that will determine who fills Alaska's lone U.S. House seat until January, completing the term left unfinished by the death of Congressman Don Young earlier this year.