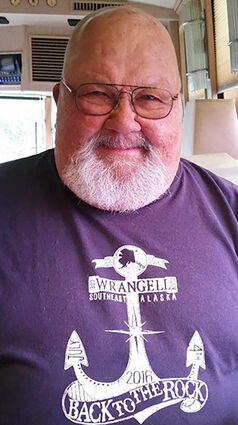 Ron Winters, 81, of Wrangell, passed away peacefully on Aug. 14 from complications of diabetes and heart disease. He was born in Astoria, Oregon, in 1940 and went to high school in Forest Grove. He served in the U.S. Air Force.

He had been in Alaska for more than 50 years, living in Anchorage, Homer, Cordova and Wrangell. He worked on the North Slope as a welder for several years and owned his own machine and welding shop in Homer, where he met his wife. They spent 20 years owning, operating and living aboard large fishing tenders working the coast from Ketchikan to north of Nome. They spent several winters in the Wrangell harbor and decided to retire here after leaving Cordova.

He is survived by his wife of 38 years, Anne, a brother in Arizona and a brother in Florida. He also leaves behind his two beloved dogs. There will be no services. Donations in his memory can be made to the Wrangell Mariners' Memorial, PO Box 2346, Wrangell, AK 99929.