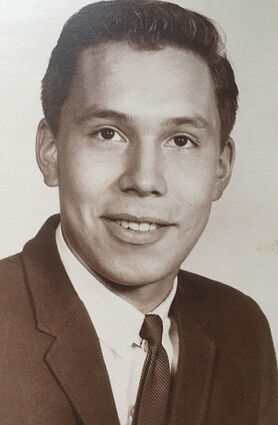 John Paul Feller Jr. passed into the "happy hunting grounds" on Aug. 10 in Wrangell after a hard battle with cancer, his family wrote. "He will be greatly missed."

A celebration of life will be held at a later time.

John was born on Dec. 29, 1948, to John Paul Feller Sr. and Carol Alice (James) Feller Brady in Wrangell. The oldest of five children, John was someone who everyone looked up to and was a friend to all, his family wrote.

John started fishing with his dad at a young age and his love of fishing continued throughout his life. He was a star basketball player in high school, but his career was cut short after a serious knee injury.

He went on to be a master net maker, seasoned commercial fisherman, and earned his associate degree in environmental sciences. He was a well-known skiff man in Southeast. He served his tribe as Wrangell Tlingit and Haida Community Council president for many years as well as Wrangell Cooperative Association president. He was elected to the National Spiritual Assembly of Baha'i of Alaska as well as the Wrangell Local Spiritual Assembly of Baha'i immediately upon joining the faith in 1988.