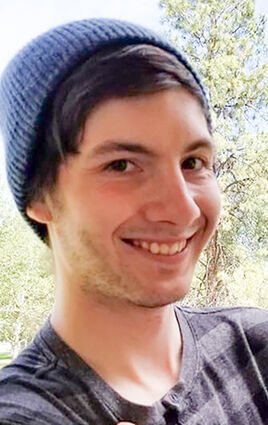 Dylan Wyatt Kirschner, 26, passed away on Aug. 26 "after a brief but courageous battle with cancer," his family wrote.

Dylan was born on Feb. 16, 1996, in Wrangell and moved to the Yakima, Washington, area with his parents and younger brother Dawson in 2001. Dylan was an avid video gamer and music lover who played the guitar and ukulele. He played as much as his free time allowed. "We will all miss hearing him play," his family wrote.

"Though Dylan moved from Alaska when he was very young, he remained an Alaskan at heart, and held a deep love for the state and its lifestyle." After graduating, Dylan began splitting his time between Yakima and Southeast Alaska. During the fishing seasons, he worked alongside co-workers at a cannery. His time was spent exploring the wilds of Alaska or hanging out with his family and friends.

"In 2017, Dylan and his high school sweetheart, Megan Gillespie, welcomed their first child, Autumn, with open arms." Dylan's second child, Mason, was born in 2019. Mason made his appearance so suddenly that Dylan had to help deliver his son at home. "Dylan loved his children more than life itself and was devoted from the moment they were born," his family wrote.

"We've lost count of the number of people who have told us, 'He was one of my best friends.' It has been wonderful hearing so many stories of his kindness, pranks and silly nature. We will all miss his quick smile and laughter."

"Dylan was loved and cherished and his passing will leave holes in our hearts forever," his family wrote.

He is survived by his children, Autumn and Mason; his mother, Brandi (Jason) Walters; his father, Shea (Patty) Kirschner; brother Dawson Kirschner; grandparents Terri (Steve) Henson, Mike and Kathi Kirschner, Bruce (Carla) Smith; and his great-grandparents Huey and Jackie Smith and Margaret Hullinger. "There is a long list of beloved uncles, aunts and cousins who are too numerous to name individually."

Dylan's entire family thanks the staff at Cottage in the Meadow in Yakima "for taking such amazing care of him and us during this incredibly difficult time. We couldn't have cared for him in the ways he needed without your help. We are forever grateful."