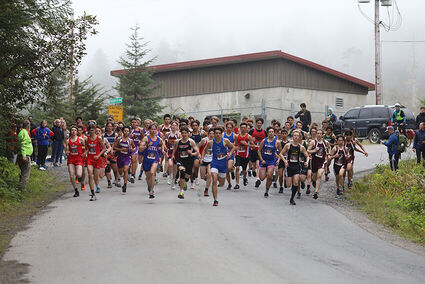 Wrangell's cross country team, left, begins running the course at the Jack Eddy Invitational in Petersburg Sept. 10. Five runners on the team competed in Petersburg, while five traveled to Palmer to compete there.