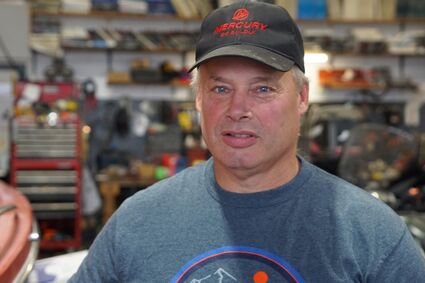 David Powell is running for reelection to the borough assembly.

After seven years on the borough assembly, Bay Co. manager David Powell is running for another three-year term. Powell's desire to get land out of the borough's hands was what first motivated him to pursue an assembly seat, and he is running again in hopes of seeing his goals completed.

If elected, his primary focuses will be selling or leasing the 6-Mile mill property, which the borough purchased this summer, and the former Wrangell Institute property, which was the site of a federally operated Native boarding school from 1932 to 1975. "Land is my biggest thing," he said. "I've always be...