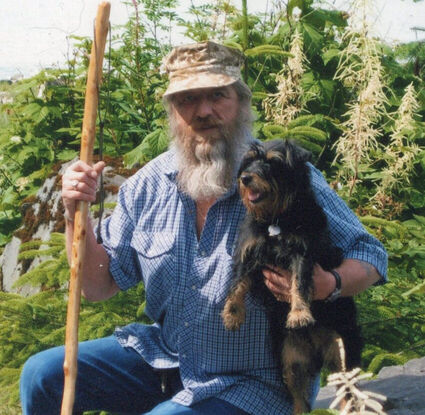 William "Will" Gregory Aalbertsberg, 74, passed away on July 30. He had lived in Wrangell since 2009.

As a young man, he enlisted in the U.S. Marine Corps as soon as he could. "He loved telling the tale of how he celebrated his 17th birthday in boot camp," his family wrote. Will was proud of his service, and a lifelong love of the shooting sports and weaponry took hold as he earned his M14 sharpshooter medal, among others.

He is survived by his wife of 33 years, Barbara; son William "Bill" Aalbertsberg; daughter Jenny Davis; and stepdaughter Angie Smith. He has a total of 10 grandchildren and to date nine great-grandchildren. He is preceded in death by his service dog Sassy, who passed in 2014.

"His chocolate lab Sid still looks for him and Loki the cat has claimed his spot on the bed," his family wrote.

Next spring there will be a celebration of his life at the Long Lake Trailhead, his favorite camping spot. For those who wish to honor his memory, he asked that donations be made to Wounded Warrior Project, woundedwarriorproject.org; or the PTSD Foundation of America, ptsdusa.org.