Former Gov. Sheffield dies at 94; pushed to move Alaska into one time zone 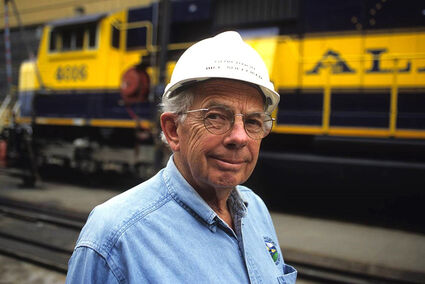 Former Gov. Bill Sheffield on July 14, 2000, when he was president of the Alaska Railroad.

Bill Sheffield, who served as Alaska's fifth governor and survived a brush with impeachment during a decades-long career in public service, died Nov. 4 at his Anchorage home after a long illness. He was 94.

Sheffield was born in 1928 to a poor family on a small farm in Spokane, Washington, and he grew up during the Great Depression. After serving as a radar technician with the U.S. Army, he got a job with Sears Roebuck and was sent to the territory of Alaska.