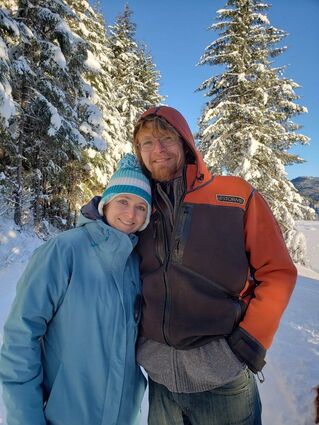 Kelsey Leak and Arne Dahl moved to Point Baker earlier this fall from Wrangell. Leak was rescued the day after a Nov. 27 boating accident near Point Baker, but searchers were unable to locate Dahl.

After a boating accident near Point Baker last week, former Wrangell resident Kelsey Leak spent 24 hours on West Rock before being rescued by a fishing boat. Her boyfriend, 27-year-old Arne Dahl has not been found and is presumed dead.

The morning of Nov. 27 was bright and clear. Leak and Dahl set out from their Point Baker homestead at 11 a.m. to collect firewood aboard Dahl's old wooden fishing vessel, the Randi Jo. The pair had been living off-grid at Point Baker, where Dahl was raised, since October, when Leak left her job as a physical therapist at Wrangell Medical Center to join him....