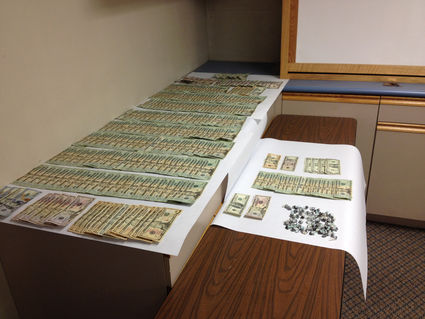 Police said community members reported the suspicious behavior, which ultimately led to the seizure and arrest.

Morrell has no confirmed ties to Petersburg, police said.

Police Chief Kelly Swihart said Morrell has likely been in town for a few weeks and said he arrived in Petersburg on a commercial plane.

Police made first contact with Morrell at the Scandia House.

"My understanding is that it (heroin) was in a duffel bag with some clothing," Swihart said. "It looks like he was set up for wholesale distribution with some minor evidence of retail distribution."

"We were happy to get that off the streets," Swihart said.

Although the investigation is ongoing and Swihart couldn't reveal the details, Captain John Hamilton made first contact with Morrell.

"Suffice it to say that captain Hamilton did some excellent police work and we couldn't have made that seizure without his effort," Swihart said.