Wrangell’s Chamber of Commerce has been recognized as the best in the state this year.

The Chamber of Commerce received the recognition last week during the annual Alaska State Chamber Conference in Kenai. The 2016 Local Chamber of Commerce of the Year Award recognizes Wrangell’s CoC for its “consistent community involvement and excellent business reputation.”

“This is just fantastic that we received that,” Chamber board president Christie Jamieson commented after the announcement. She felt the award recognized efforts on the organization’s part to take an active role in supporting the community’s economy. “That was the highlight of the award, was in leadership.”

Activities of note include the annual July 4 celebrations, which the Chamber organizes. The last several years have boasted record ticket sales with its annual Royalty Competition, in addition to of other events. The Wrangell King Salmon Derby is likewise helmed by Wrangell’s Chamber, and the construction last year of a pavilion in the heart of the business district has been a boon to outdoor events held beyond the summer.

Jamieson pointed to a new board as a factor in the Chamber’s involvement, elected last fall. Sitting members have been bringing new ideas to the floor, and that additional activity has been reflected in its sponsored events.

“Everybody helps out, and I think that’s what makes it so successful,” she said. “We expect something from everybody, and I’m so pleased.”

Jamieson also applauded the work of Waddington, who with Shawna Buness runs the office and coordinates activities.

“We really have to thank her more than anyone else,” Jamieson said.

This is the first year the executive director has been sent to conferences such as the ACoC, or Southeast Conference in Petersburg this September. Jamieson pointed out the statewide and regional meetings are a good place to network with other communities’ counterparts, and to learn new skills and ideas.

“She will bring home the tools and implement them,” she said.

“I was completely surprised and honored not only with the award but by hearing what the rest of state has recognized about our organization and community,” Waddington commented afterward. “Over the last five years I’ve been able to make some radical changes with the support of the board. They believed in my vision and allowed me to take risks that were trend-setting. However the biggest thing that sets us apart is the heart of our entire community. I’m thrilled with what I’ve learned and the new opportunities ahead. Wrangell is making waves and I’m so proud.” 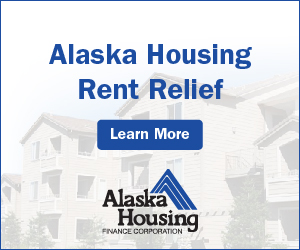