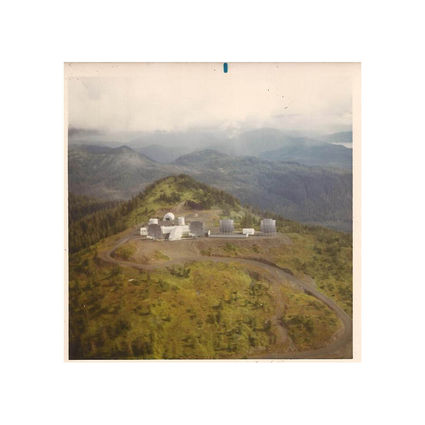 PETERSBURG – At the age of 23, Harvey Gilliland left his job at Western Union Telegraph Company in Seattle to take a job at the White Alice Communications System (WACS) in Duncan Canal, just 9-miles from Petersburg.

The site was 2.25 miles from the beach, according to Gilliland, and sat on a mountain at a 2,460 ft. elevation. The steep terrain between the site and beach required 6.25-mile road with 5 major switchbacks, Gilliland noted.

Following two weeks of indoctrinization in Anchorage, "another guy and I were shipped down there in April 1961."