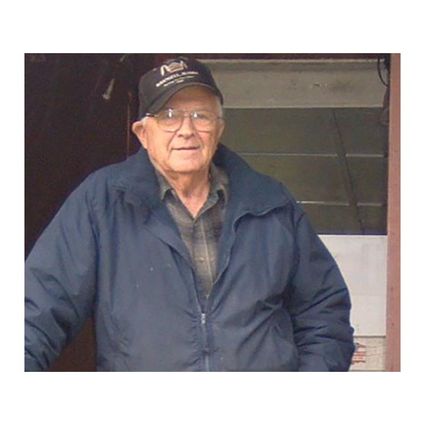 Longtime Wrangell resident Harry S. Sundberg died September 16, 2017 in Bellingham, WA, as a result of a fall at his assisted living facility. He was 95.

Harry was born June 27, 1922 in Hemnesberg, Norway. He was the second child of Jens and Hanna Sundberg. The family emigrated to the US in 1925 and in 1928 settled in Wrangell, where Jens had procured a job building gillnet boats for the Stikine River fishery. Harry helped his father build the family home on Case Avenue in which he resided for the rest of his life. During his youth he transported milk from Knorr's dairy herd on Sergieff Island to Wrangell for bottling at their dairy, and delivered it around town by truck in the evening. At age fifteen he began fishing his own gillnetter.

After graduating from Wrangell High School in 1941 as valedictorian of his senior class, Harry joined the US Navy and served in the South Pacific during World War II. Upon his return to Wrangell he resumed commercial fishing. In 1949, he staked a site on Limb Island on the Stikine River and built later built a cabin with salvaged lumber from the old Point Highfield Cannery. Also in 1949, he and partner Ben Engdal built Harbor Seafoods, Inc. in Wrangell to process and can Shrimp, salmon and crab. Until the Wrangell lumber mill went into operation, they were Wrangell's largest employer. They sold Harbor Seafoods in 1974.

Following his father's death, Harry took care of his mother in the family home until her death in 1978. Every five years he accompanied her back to the old country to maintain connections with the rest of the family; later, he continued the practice with other family members. Over the years, his house provided a stable home to younger relatives and others in need. He also quietly helped many people with housing, employment or financial problems.

After the sale of Harbor Seafoods, Harry devoted his time to serving in many ways. He was active in the Fraternal Order of Elks, ascending to the rank of District Deputy, overseeing all Elk activities in Alaska. He was a member of the Masons, and a member and past president of Pioneers of Alaska, Igloo 21. He was a strong supporter of the Salvation Army and donated the property on which their Wrangell church is built. He served on the State Board of Fisheries during the Hammond administration. He was instrumental in constructing the Senior Housing apartments in Wrangell. Harry was also a founding board member of the Thomas Bay Hydroelectric Association, which was formed to bring low cost electricity to Wrangell and Petersburg, and ultimately resulted in the Tyee Lake Hydro project.

In 1994, Harry married Rose Shilts. With the marriage Harry also acquired five step-children, their children and grandchildren. Harry and Rose were devoted to each other and enjoyed many years together fishing, hunting at the Stikine cabin, gardening, travelling and playing table games. Signs of Alzheimer's disease began appearing about 10 years ago, but thanks to the efforts of Rose, Harry was able to continue living productively at home until 2015, when he moved to The Orchard at Bellingham, an assisted living facility. His ready smile, vigor and helpfulness quickly made him a staff favorite there.

A memorial service for Harry will be held on November 4, 2017 at 2 pm at the Wrangell Elks Club. A later celebration of Harry's life, as well as a remembrance of his niece Lorene (Skip) Henderson, and the spreading of their ashes, will be held in May 2018 when his nieces, nephews and families can attend.

Condolences can be sent to Rose Sundberg, Box 613, Wrangell, Alaska 99929. In lieu of flowers, friends are encouraged to donate to the Wrangell Salvation Army or a charity of your choice.