Wrangell to hold second SEAPA seat on 2018 board 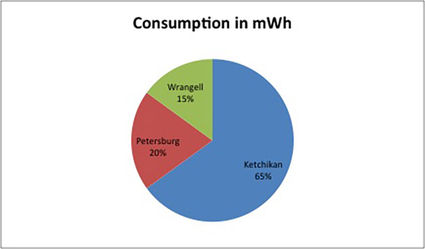 A chart breaks down total power sales between Southeast Alaska Power Agency's constituent members. With 70 percent of the population, Ketchikan's usage is correspondingly higher than either Petersburg or Wrangell.

Based in Ketchikan, the regional power provider services that community, Wrangell and Petersburg. The three member utilities pool production from their hydroelectric facilities and collectively purchase power from the agency through 25-year power sales agreements, with the current agreement extending through 2034.

Decisions guiding the agency is overseen by a governing board consisting of five voting directors, appointed annually by the three communities' mayors, with e...