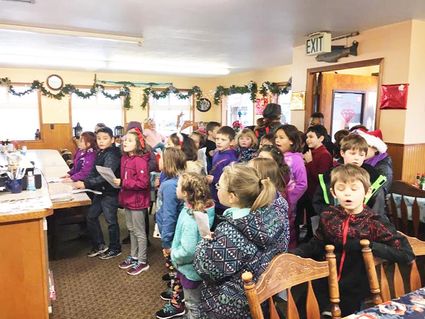 Jenn Miller's third grade class spread a bit of holiday cheer around the community last week, stopping into the Diamond C to sing a few carols during a tour through downtown.

Scores of artists have released Christmas albums or holiday-infused singles during their careers. Christmas music can be broken down into two distinct categories: traditional hymns and carols and popular secular songs.

Some believe that the religious standards have been passed down since the earliest days of Christianity. However, that is not so. Before the 12th century, music wasn't typically included in religious services, and even then music was included only sporadically. In present day, religious tunes identified as Christmas music typically are not sung until Christmas Eve and thereaf...